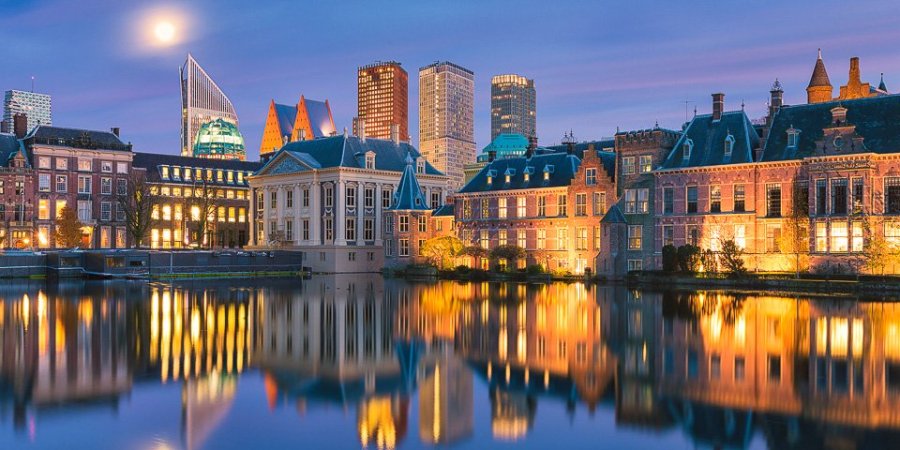 It’s pretty special to explore parts of a building that have only been open to the public twice in the last 200 years. Such was the case when Open Monumentendag rolled around on Saturday 10 September in Den Haag. When our delightful neighbour heard that we were planning to get amongst the action, she told us to make sure we included the Binnenhof (the Dutch Parliament) on our list as it would be a long time before it is open to the public again.

Once a year in the Netherlands around 4000 historical buildings and other locations are open to the public to visit for free. The aim is to increase people’s knowledge and understanding of their heritage and to build an appreciation of the need to conserve such places. In our case we were keen to learn as much as we could about this important institution that has shaped the lives of generations of people in the Netherlands, our new social and cultural context.

As we rounded the first corner in this stunning building, we found ourselves confronted by a smiling image of Geert Wilders, the uber right wing politician who makes outrageous , inflammatory statements about Islam and Muslims. I’ve read much about the legendary tolerance in Dutch society – I guess for Muslim Dutch citizens this comes at a price when people like this can incite prejudice, discrimination and marginalisation. Hmmm, Wilders, Donald Trump and Pauline Hanson all have crazy hairstyles – what does that say I wonder?

Plainly, many Dutch citizens were keen to see the very seldom viewed sections of the Binnenhof. They gazed in apparent awe at the many and various symbolic objects and paintings as they strolled along the guided route, engaging with the ‘officials’ who were brimful of explanations and historical facts. Smart phone cameras clicked away assiduously. Dutch parliamentary operations and the associated rituals, like Prinsjesdag (the third Tuesday each September), when the monarch (now King Willem-Alexander) addresses the a joint session of the Dutch Senate and House of Representatives in the Hall of Knights (Ridderzaal) are, after all, a significant part  of the process of transmission of cultural identity. These citizens were certainly knowledge-thirsty.

We followed along until we reached the Trêveszaal, originally built in the late 16th century to accommodate negotiators during the eighty years war fought to achieve independence from the hegemony of Spanish rule, but is now the room where the Dutch Cabinet meets. A friendly official sympathised with us Aussies as he explained the symbolism of the ceiling artwork, which represented the four continents known to ‘the North’ in the 1500s – no Australia to be seen. Pre Dirk Hartog and that pewter plate he left nailed up in Western Australia we presumed. Anyway, apparently Dirk recorded that he had found ‘nothing of interest’, so there you go….

Wandering through the Senate chamber, we noticed a tall, elegant woman allowing people to take ‘selfies’ with her, so we lined up and found ourselves meeting Ankie Broekers-Knol, the President of the Senate. She gave us a warm welkom to the Netherlands and seemed to know quite a lot about Australia, more than our few minutes in her company allowed her to share. Her friendly, down-to-earth manner reminded me of how Martijn de Rooi described Dutch politicians as “for centuries promoting peace, international cooperation, free trade and international rule of law” (How to survive Holland, 2007). The Netherlands is not only one of the founding states of the European Union, but their politicians and political parties are apparently very adept at negotiating to form workable coalitions and minority governments. Take notice Bill, Malcolm, Nick, Richard et al…… 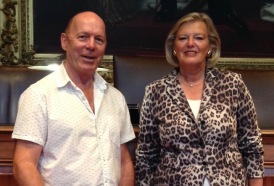 The Dutch government has a very interactive relationship with their citizens. Foucault would have had much to say about governmentality in this society. However, the power and control seem to be focused on the wellbeing of the population in terms of manipulating them into line with where the government would like them to be, rather than anything more sinister. But that’s a topic for another post!

As we left the Ridderzaal and headed home, we spotted the horse-backed statue of King Willem II, who oversaw the Netherlands transition to a parliamentary democracy in 1848. Frozen in time, he doffs his hat triumphantly as his citizens file in and out of the historic gateway to the Binnenhof. 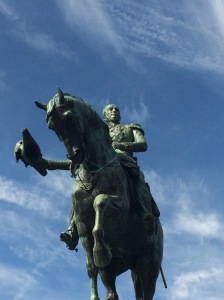 View all posts by robinjulian

6 thoughts on “Open Monumentendag: the Binnenhof”